An Earth Week was observed at DPS Jammu to celebrate International Earth Day through various cultural, literary and Green activities. The main aim was to spread awareness about the challenges faced by the Mother Earth and to create responsible caretakers for tomorrow.
The week commenced with the Inter-class Calligraphy activity from classes II to V. The students in their beautiful handwriting wrote poems and paragraphs related to Mother Earth on different hues of nature.
In order to highlight harms of deforestation and need to plant more and more trees to save the earth from further depletion, a Plantation Drive was launched on the second day of celebrations. Green warriors from each section of Class VI brought different kinds of plants such as Flowering Plants, Medicinal Plants and Ornamental Plants, and took part in the plantation drive.

Poster making activity was organized on the third day for all the students of class VII to depict their ideas and emotions on Mother Earth.

On the fourth day, a Talk Show on Global Warming was organized for the students of class VIII. They were given verbal inputs which they efficiently used in their narrative on Nature. It was amazing to hear them describe their knowledge about environment.

The activities of Slogan Writing and Group Discussion were also organized for the students of Classes IX & X respectively. They were expected to ponder on the issue and depict through their posters and discussion, the need of saving the earth.

On the Fifth day, the 'Earth Week' concluded with a special assembly which included songs, skit, poetic enactment, etc. The assembly was compered by Sarthak Aggarwal of class X-B & Amandeep Kour of class Xth-H. The School Choir sang a song in praise of God's most beautiful creation, the Mother Earth.

The students of primary section put up a skit revolving around the grim future of our planet Earth, if it is not cared for. This was followed by the poetic enactment by the students of classes VI to VIII on the theme ‘Save Trees’. The act depicted the plight of a tree when it is cut, thus disturbing the entire eco-system. The students and teachers took Green pledge, led by the Principal DPS Jammu, Ms Ruchi Chabra.
In her address later, she sensitized all to the need of preserving Earth & its environment. Students of various Inter School & Inter District Competitions were also awarded by her. The Deputy Head Master, Mr. Ravi Kotru recited the Earth Anthem and advised the students to plant more and more trees. The assembly ended with the National Anthem.
Hon'ble President, RCT, M.K Ajatshatru Singh Ji, Hon'ble PVC Kunwrani Ritu Singh Ji and Hon’ble Director Mr. S.S Sodhi conveyed their best wishes to the students and emphasised them to do their best to save the environment. 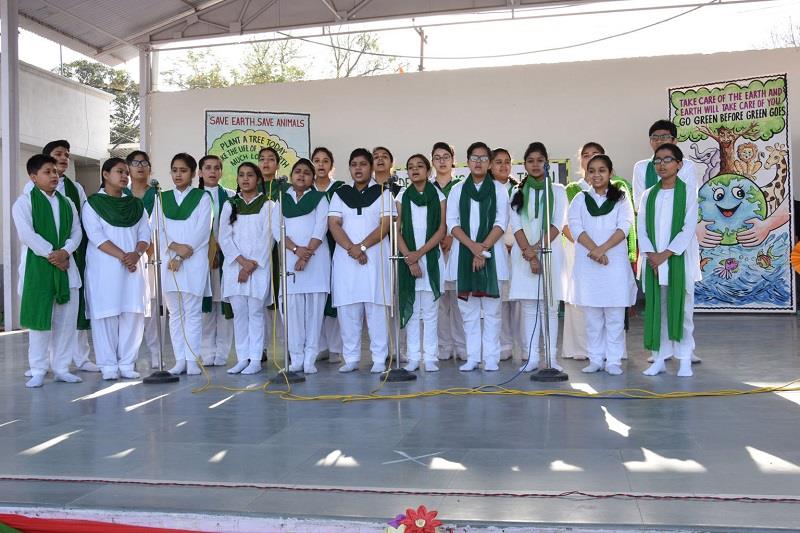 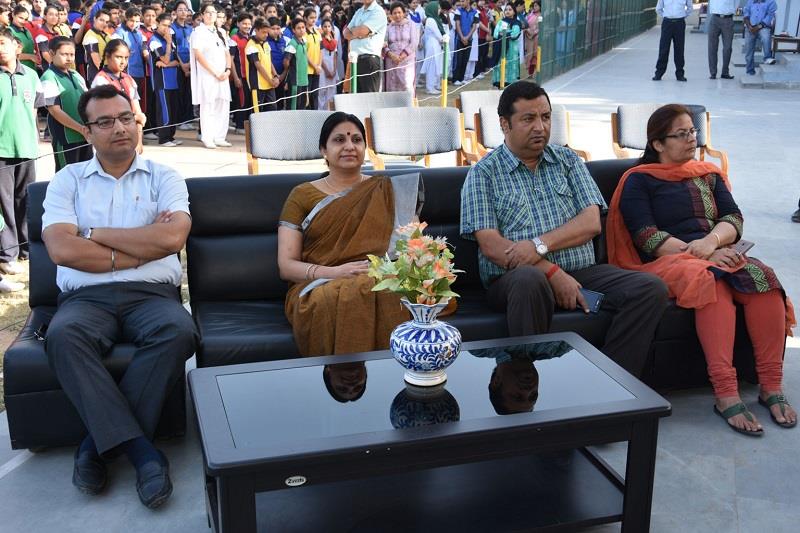 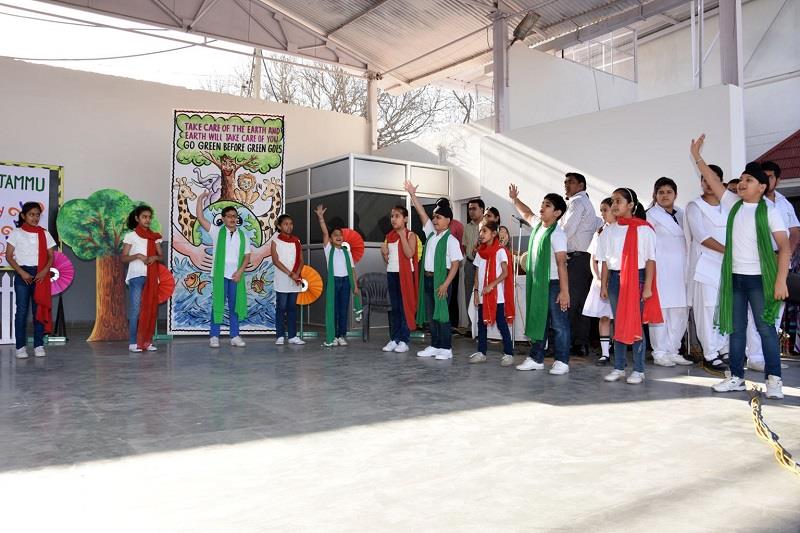 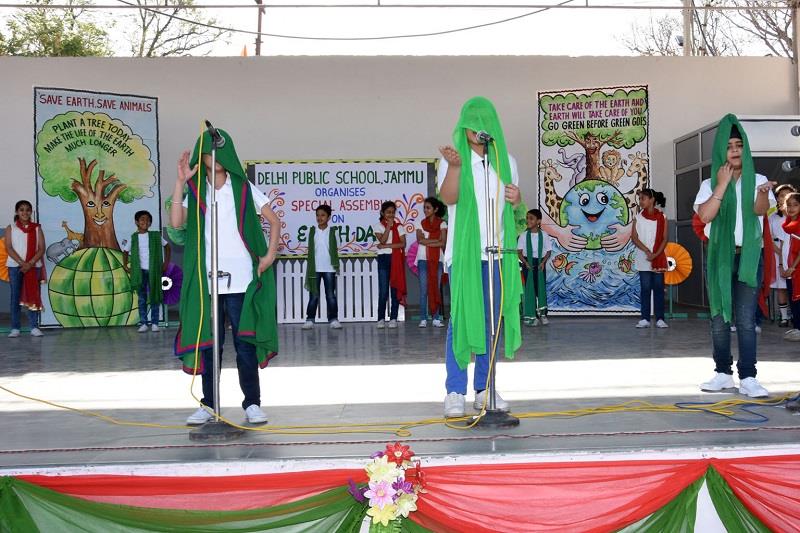 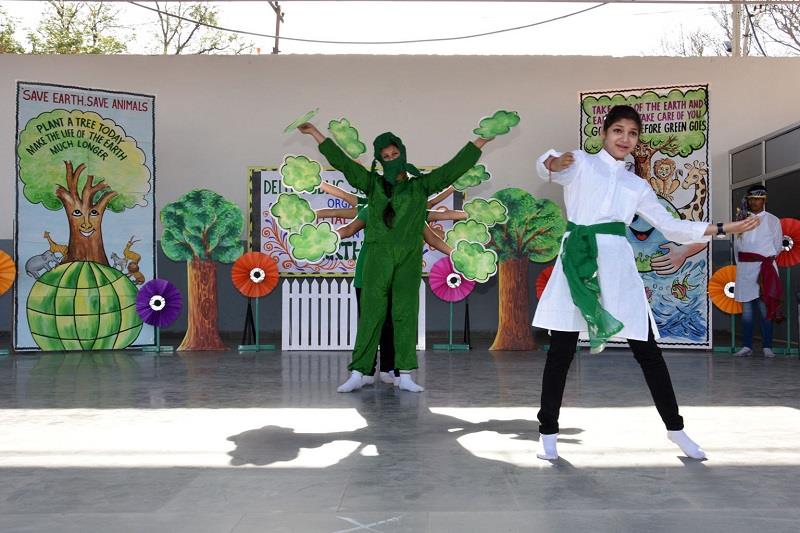 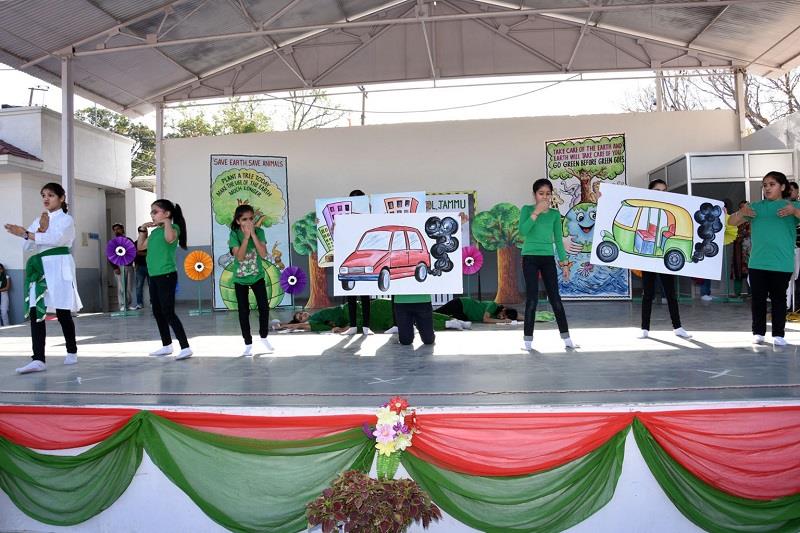 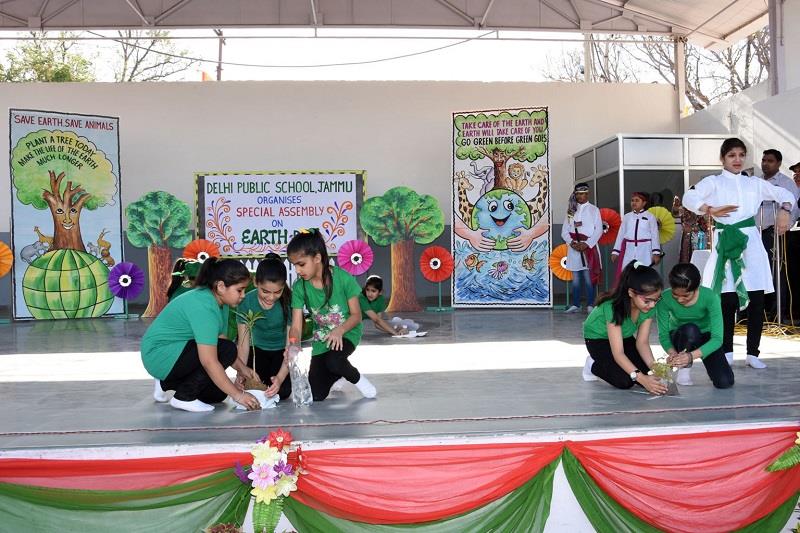