Aashuutosh Mahajan (VII-A) of Delhi Public School, Jammu is the only Cricketer from J&K selected in U-12 category in Skoda Single Wicket 2019-20 National Championship to be held in the month of January, 2020 at Mumbai. Around 279 cricketers took part in the rigorous trials conducted by Skoda Auto at Sehwag Cricket Academy, Jammu in which Aashuutosh was selected to play in U-12 National Cricket Championship.
Aashuutosh has been inclined towards Cricket since the age of 5 years and earlier too in 2018 he also played in Sattal Cricket National Tournament U-14 at Nainital and had won the ‘Man of the Match’ title and ‘Man of the Series’ title by securing 315 runs in which he made a maiden century of 112 runs. In the year 2019, he was also selected as a Captain of Jammu Zone U-14 District Cricket Tournament which was played at Billawar, J&K.
Principal, DPS Jammu, Ms. Ruchi Chabra congratulated Aashuutosh and his parents for the achievement. She also blessed him for the upcoming event.
Hon’ble President, RCT, Sh. M.K Ajatshatru Singh Ji, Hon’ble PVC, Kunwrani Ritu Singh Ji and Hon’ble Director, Sh. S.S Sodhi Ji extended their best wishes to Aashuutosh and his parents. 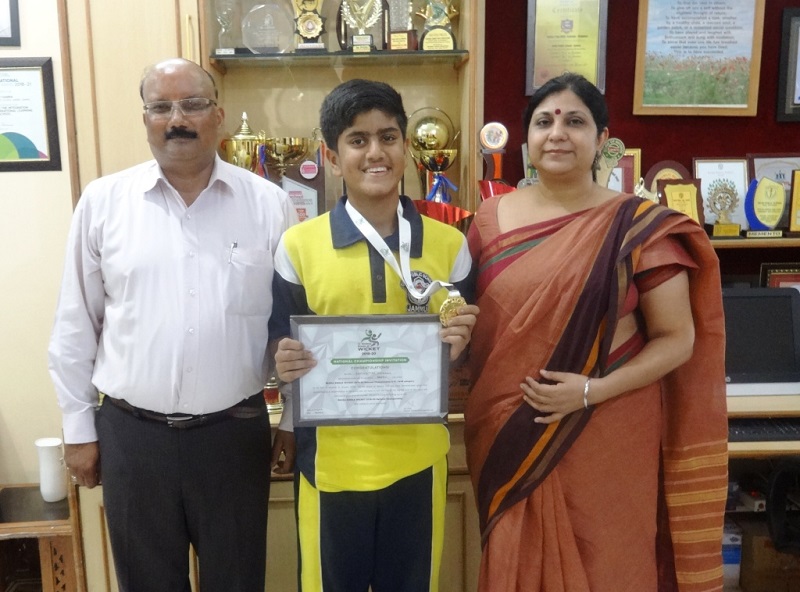