Aashuutosh Mahajan (VII-A) of Delhi Public School Jammu brought laurels to the school and his parents by securing 4th rank in U-12 Skoda Single Wicket Tournament organized by Skoda Auto held at Mumbai from 18-20 February, 2020. Around 24000 cricket players from 1600 different schools and 49 cities across the country took part in the said championship in which Aashuutosh, the only Cricketer from J&K UT was ranked 4th place.
Aashuutosh has been inclined towards Cricket since the age of 5 years and earlier too he also played in Sattal Cricket National Tournament at Nainital and had won ‘Man of the Match’ title and ‘Man of the Series’ title. He was also selected as a Captain of Jammu Zone U-14 District Cricket Tournament held at Billawar, J&K.
Principal, DPS Jammu, Ms. Ruchi Chabra congratulated Aashuutosh and his parents Mrs. Manju Gupta and Mr. Karunesh Gupta for the glorious achievement and wished him success for all his future endeavours.
Hon’ble President, RCT, Sh. M.K Ajatshatru Singh Ji, Hon’ble PVC, Kunwrani Ritu Singh Ji and Hon’ble Director, Sh. S.S Sodhi Ji extended their best wishes to Aashutosh and his parents. 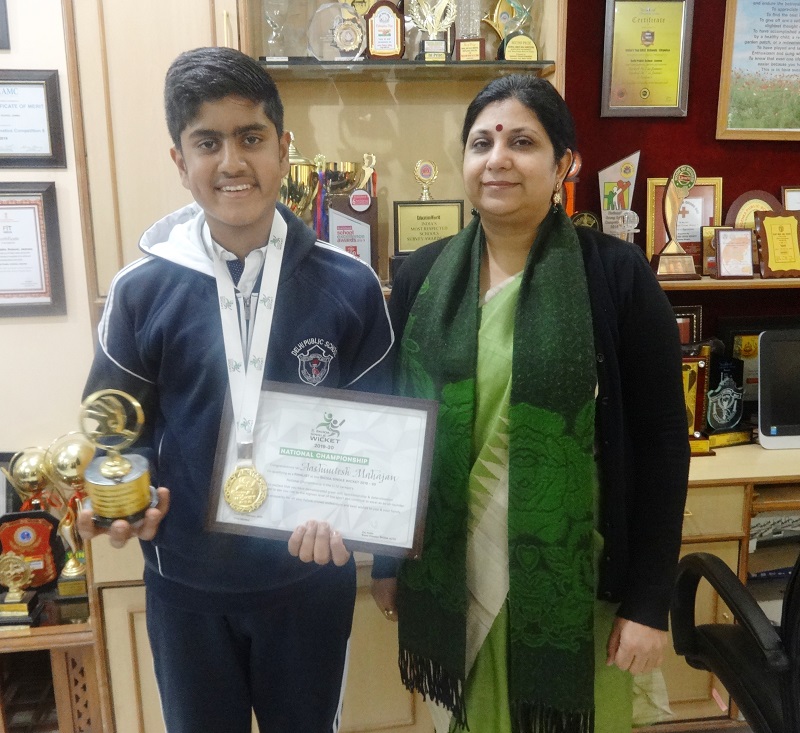